More than 2.2 billion people don’t have easy access to clean drinking water. ITC alumni at Brineys want to produce drinking water from seawater in water insecure countries through reverse osmosis desalination. They then sell the remaining salt to run and maintain installations in water insecure countries. Their start-up made it to the finals of the MIT Water Innovation Prize 2021.

“Using reverse osmosis desalination to turn seawater in drinking water is not a new idea”, says Brineys co-founder and ITC alumnus Kas van ‘t Loo, “However, the technique is expensive and not economically viable to produce drinking water for a fair price. Nearly half of the drinking water projects fail within two to five years.” Brineys decided to sell the salt with a unique story, making the production and distribution of clean water economically viable.

ITC alumnus Emmanuel Marete is an ambassador of the project in Kenya. Marete, currently living in Kenya, is responsible for doing field research and creating a network. “We’re actively seeking to involve local community groups and authorities in identifying priority areas to benefit from the freshwater project”, says Marete, “The local community knows where our water is needed the most.” 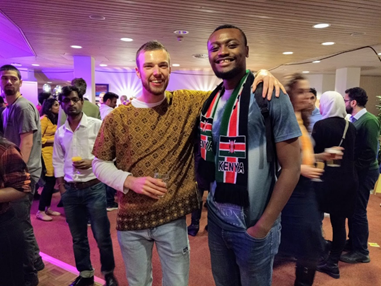 Figure 1: the two alumni pre COVID at one of the international evening ITC hosts every year

The two met each other during their studies at ITC. “ITC has a unique international environment, which helped us to make connections for our start-up”, says van ‘t Loo, “There, we not only learned about technologies but also how to involve stakeholders and organizations in such an initiative.” Their idea made it to the final of the MIT Water Innovation Prize, a start-up competition focused on water innovation that awards up to 35,000 innovation grants annually. For this event, they were assigned a mentor that helps them further develop their business plan and work on a final pitch. The final will be hosted online on Thursday, May 6 and everyone interested is free to join. Registering can be done here.