On Thursday 28 October, Her Royal Highness Princess Margriet and Professor Pieter van Vollenhoven will open the Centre for Disaster Resilience (CDR) at the University of Twente’s Faculty of Geo-Information Science and Earth Observation (ITC). The opening of the centre coincides with the 70th anniversary of the ITC and represents the culmination of the faculty’s expertise to date in the field of disaster resilience, the underlying causes of disasters and their impact on society.

The Centre for Disaster Resilience (CDR) brings together expertise from a wide range of interconnecting researchers, departments and disciplines within the faculty ITC and the University of Twente. The CDR will play a key role within the university’s Resilient World theme, which explores the complex relationships between dangers, risks and resilience.

The centre represents the culmination of the ITC’s expertise to date in the field of disaster resilience, the underlying causes of disasters and their impact on society. It aims to build bridges not only between partners in low- and middle-income countries but also between knowledge partners in the Netherlands, Europe and around the world. The focus will be on collaboration and interdisciplinary research, with the aim of developing and strengthening global resilience in the face of disasters. 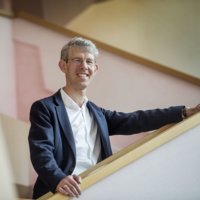 The CDR’s foundation is a logical consequence of the work of the Princess Margriet Climate and Disaster Resilience chair, established in 2018. This chair is held by Professor Maarten van Aalst, who is also director of the International Red Cross Crescent Climate Centre. Climate change and natural disasters are inextricably linked. The centre aims to facilitate the exchange of knowledge developed at universities and other partners, such as the Royal Netherlands Meteorological Institute (KNMI), the Red Cross and local organisations, enabling them to operate more effectively and efficiently. The CDR’s ambition is to prevent people falling victim to these disasters and to help ensure that more extreme weather does not lead to more extreme disasters.

Celebrating 70 years of the ITC

The opening of the new centre is one of the highlights of the ITC’s 70th anniversary celebrations. Prior to the opening, Princess Margriet and Professor Pieter van Vollenhoven will both give a short speech. The Princess will speak about the prevention of the humanitarian consequences of natural disasters, based on her long-standing association with the Red Cross. Mr Van Vollenhoven will speak about his experience as former chairman of the Dutch Safety Board. The opening ceremony will conclude with a lecture by IPCC co-chair Dr Debra Roberts, who will receive an honorary doctorate from the University of Twente later this year.

The ITC was founded in 1950 as the International Training Center for Aerial Survey with the aim of training professionals from new countries to map their own territories. Due to this mission, much of the ITC’s work is carried out in Asia, Africa and South America and most of its students still come from those corners of the globe. Over the last 70 years, the ITC has evolved into a centre of expertise in the field of spatial analysis and earth observation. In 2010, it became a separate faculty at the University of Twente: the Faculty of Geo-Information Science and Earth Observation, though the abbreviation ‘ITC’ is still used to this day.