At the beginning of this month, a team of researchers from Nepal and China presented their measurements of the Mount Everest and concluded that it was 86 cm higher than previously thought. Coordinator of the Everest Height measurement program, Survey Department, Nepal, Susheel Dangol is also an ITC Alumnus.

Susheel graduated from the Geo-information Science & Earth Observation for Land Administration in 2012. “The courses from the master were really useful, even for this task. Of course, there was no practical called ‘Measuring Everest’, but all the needed tools were there”, says Susheel.

Susheel and his team from the Survey Department started the measurements back in 2017. They were very proud to finally measure the highest mountain themselves: “It was always other countries that told us the height of our mountain. Survey of India conducted the previously widely accepted measurement of 8,848 meters above sea level back in the 1950s. And afterwards, several other countries have measured the Mt. Everest. This time, we measured the height with our own financial, technical and human resources”. 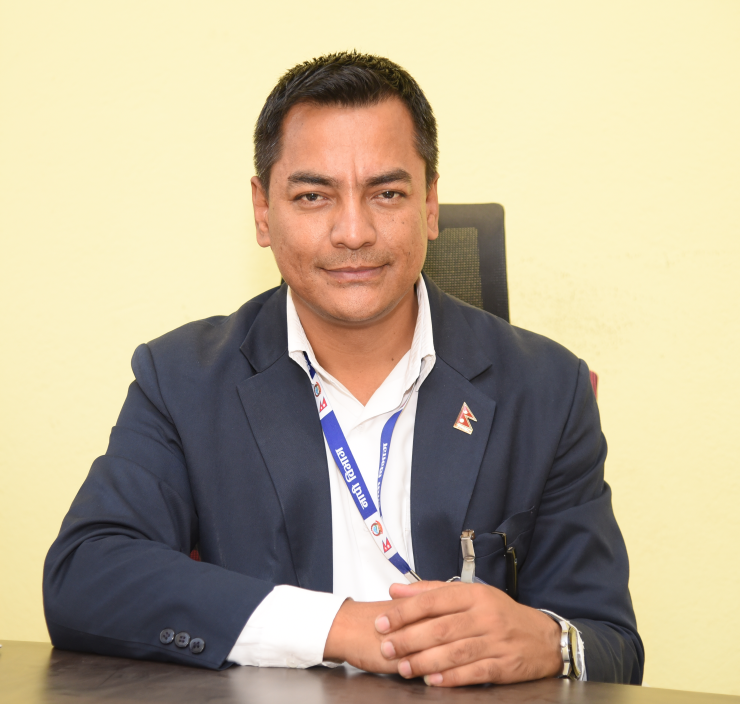 Susheel Dangol
"The courses from the master were really useful"

The teams used two methods, a traditional approach and one that relied on modern technology. With the traditional approach – trigonometrical levelling – they based their measurements on vertical angles from different locations around the mountain. “It is the same method as Survey of India used”, says Susheel. The modern method made use of precise surface gravity and GNSS measurements at points based on a grid of 25 X 25 km at the plain area and 10x10 km at other areas which covered approximately 50 km east and west of the Everest from northern to southern boundary of the country. “We used GNSS, Gravity and Precise Leveling to establish a more accurate height of the Everest.  All these surveys were done to determine the precise Geoid of the region. A GNSS survey was also done at the peak of the Everest. Based on the survey and the prepared Geoid, we determined the Mean Sea Level height of the Everest”, says Susheel.