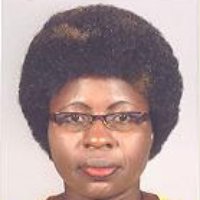 I studied at ITC in the year 2010, and again in 2011-2012 when I did my master’s. What I would like to share is that ITC has changed my life so much that sometimes I’m afraid to imagine where and how I would be without this institute that I now hold so dear. When I returned to Kenya after my nine-month study at ITC in 2010, I realized that my way of thinking, working and even relating to other people − especially those from backgrounds I had no knowledge of − had really improved. This, I am sure, emanated from my interaction with different students from different countries and races.

The chance I got from studying at ITC

My ability to deliver in my position as a GIS technician in the Department of Physical Planning of the Ministry of Lands in Kenya also greatly improved. Many people recognized my potential and were so willing to work with me, both in the Ministry and in private entities. I should have been satisfied with this achievement, but I wasn’t. I had this craving to go back and pursue a master’s in Geoinformatics.(Maybe I should point out that before I went to ITC I didn’t think I wanted to go this far in my studies, but at ITC I became highly challenged by seeing students both younger and older than I am scaling great heights of education).

So I went back to ITC in September 2011 to do a master’s degree, returning home a year later. Immediately after I had landed, a university offered me a chance to do what I had always wanted to do on a part-time basis: teach GIS. I enjoy the kinds of prospects that have come my way, but all thanks go to ITC. I wouldn’t be experiencing this were it not for their good training.