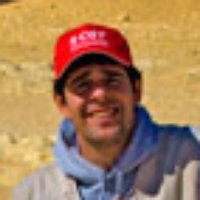 ““Studying and living abroad was an excellent experience, providing the opportunity to get to know other cultures and make good relations that will last for the rest of my life.””

“The fact is that I always wanted to work with geo-information. During my secondary school years in Canada, I was already doing research around the North Pole in northern Canada during my summer holidays. I studied the effect of ice on the coastal environment.” It was during his secondary school years that Olaf Niemann, who is Canadian, was told by a fellow schoolmate that she had studied at the ITC. She had studied Geomorphology. He knew immediately: “That's what I want to do”.