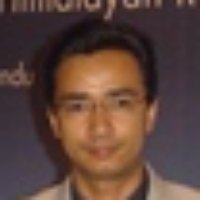 Why geo-information science and earth observation?

When I was doing my MSc in Botany (majoring in Ecology) at Tribhuvan University, Biratnagar, there was a small unit called "Modern Ecological Tools and Techniques", with a sub-unit called “GIS and Remote Sensing”. During that period there was no faculty available in my college to conduct that course, but my teacher explained that GIS and remote sensing were powerful tools for ecological studies and he gave me short articles about their use. I studied them carefully because in the final board examination a question on this subject, worth about 5 marks, was more or less certain to be set by that unit.

A little later, Mr Milan Dahal, a botanist at Nepal Electric Authority, came to our college and gave a two-day demonstration on GIS, showing us how to explore ArcView GIS software and how GPS worked. This was the first time I realized how powerful GIS was. Being a student of Ecology, I used to work as a programme officer for the Association for Protection of Environment and Culture (APEC), an NGO in Biratnagar. One day Mr Pradeep Banskota, the general secretary, showed me an annual newsletter and application form for GFM4 at ITC (some of the staff had already studied at ITC). He asked whether I was interested in the course and, being very curious about that field and recently exposed to it, I said I was. We filled in the form and sent it off to ITC. After a while, I received an admission letter from ITC, but it was not final. The main difficulty was to get an NFP fellowship, a highly competitive procedure. I needed to take an English language test (TOEFL), which was difficult to combine with my MSc first-year final exam. After much effort, I was able to have my exam board shifted from Biratnagar to Kathmandu, and there I studied for the TOEFL test, achieving satisfactory results for the ITC course, and also passed the MSc first-year final exam. After a while, I received an e-mail from SNV Nepal, saying I had been awarded an NFP fellowship. And so, interrupting my MSc study, I went to ITC, the Netherlands, for the GFM course.

Initially, it was very tough studying at ITC because I did not have any GIS background knowledge or any experience with GIS software. It was as if someone had taken me out of a pond and dropped me into the ocean. I was used to having one exam a year, but at ITC we had a module exam every three weeks. So I used to study hard and accepted help from others who knew about GIS from Nepalese and Sri Lankan friends.

What I liked about ITC was that it was a very good, practical course, with sufficient learning and practical guides and data. My individual final assignment was on the biodiversity status of protected areas of Nepal.

After graduating from ITC I went back to Biratnagar and continued my work with APEC, where I was promoted to senior programme officer. Besides that, I continued with the second year of my MSc course. It was also very easy for me to find an additional part-time job in GIS because manpower was lacking in the field of GIS and remote sensing.

I currently work as an assistant planning officer at the Department of Plant Resources of the Ministry of Forests and Soil Conservation. I use GIS for planning and managing natural resources, training other staff members, permanent plot fixing for research purposes, preparing thematic maps, and producing maps using GPS. It is satisfying to know that I have an extra, more powerful degree in Geo-informatics from ITC that separates me from other staff in my department. It offers considerable scope and potential for the future in a country such as Nepal, which is rich in natural resources and biodiversity.

After my three years of government service, I would like to pursue higher education in the field of GIS, focusing particularly on NRM. First I will apply for an MSc course and hopefully after that for a PhD course. My first choice would be to study at ITC in this respect.

Why Studying at ITC?

ITC is an ocean of knowledge in the field of geo-information science, so go as deep as you can and seize this learning opportunity at a world-class institution. If you are interested in geo-information science, then ITC is the perfect place for you, because it is the only institution that runs courses in several disciplines but all in a geo-information environment. Every course at ITC is GIS-based in a different dimension. Teaching and practical materials are well designed, and the academic staff are renowned worldwide in their respective fields. So my suggestion is: Don’t miss ITC if you would like to gain a GIS-related degree!