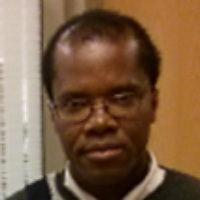 I am Hervé Lahamy and between September 2006 and March 2008, I took the Master of Science course in Geoinformation science and earth observation in the domain Geoinformatics.

From Geoinformatics to MSc thesis proposal

A part of the thesis, the curriculum was made of 1 three-week modules ranging from the introduction to Geoinformatics to the thesis proposal. I remember the module which is dealing with the generation of framework data to be the toughest for most of the students. I also learned a lot from the dynamic and interactive data-driven maps for the World Wide Web as well as the image analysis modules.

I had been in the world of surveying and mapping for several years before having the opportunity to do my master at ITC. What attracted me the most at ITC was LIDAR. This type of data was new to me and I was impressed by the research performed in Prof. George Vosselman’s research group where aerial point clouds were used for automatic building reconstruction. It was for me a new and exciting way to extract geo-information. In addition, it required computer programming that I was fond of. My master thesis obviously focused on outlining buildings from airborne laser scanner data.

The other good souvenir from my ITC experience is the multicultural environment offered to students and thus the opportunity to make friends from all over the world. ITC was the place where I learned to recognize people’s origin just by hearing them speak.

From MSc to PhD

After my exciting studies at ITC, I worked as a Geomatics Engineer in the Department of Mapping and Surveying at the National Surveying and Mapping Agency of Benin Republic from April 2008 to August 2009. I was in charge of managing survey crews, quality control of surveys and forest cover mapping using satellite images. But I was missing the research part so I decided to pursue my studies with a PhD. Having done my MSc at ITC helped a lot for being accepted as a PhD student at the University of Calgary in Canada where I graduated in 2013.  From then up to now, I have been a postdoctoral associate and sessional instructor in the same department of Geomatics Engineering at the University of Calgary. My PhD studies, as well as my postdoctoral research, were also focussing on point cloud processing which I discovered at ITC. On image #1, you see me holding the “toy” I have been using for my PhD research and my postdoctoral projects. It is a range camera that provides real-time 3D point clouds using a single camera but in a close range. I use it to design a 3D gait analysis system where motion parameters such as the knee angle are estimated while a patient is walking or moving on a treadmill. I also use it to reconstruct the movement of a concrete beam subjected to period loads in laboratory conditions in order to measure the efficiency of its reinforcement. That reconstruction was achieved with a sub-millimetre accuracy. Finally, I use the range camera for recognizing the American Sign Language in real-time, the objective is to recognize more signs than a simple 2D camera could achieve.

As for my future, I can see myself as a professor still focusing on the extraction of useful information from aerial, terrestrial and/or close range point clouds. If I cannot get that dream job, I will definitely work as a Geomatics engineer or software developer in a company producing geo-information