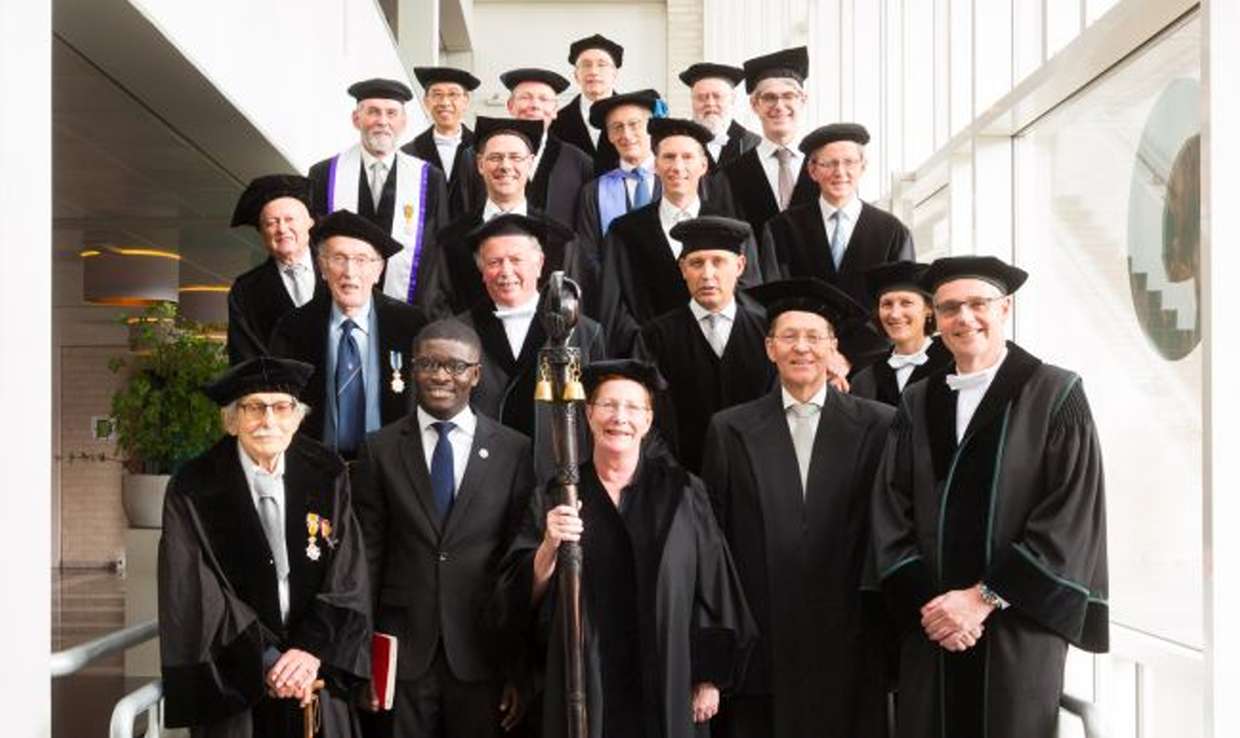 With music, traditional clothing, and welcoming words, 125 students, coming from 32 different nationalities, started their academic year at the Faculty of Geo-Information Science and Earth Observation (ITC) of the University of Twente.

In the Muziekcentrum in the city center of Enschede, Dean Tom Veldkamp formally opened the Academic programme yesterday (28 September). The Schermerhorn lecture was provided by Gerard van der Steenhoven, director general at the Royal Netherlands Meteorological Institute KNMI. The ambassadors of Ghana and Malawi attended the ceremony, as well as a representative of the embassy of Bangladesh.

Sustainable future for the world 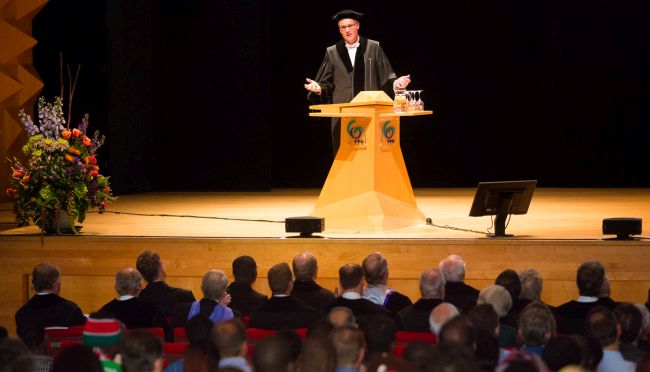 By referring to the sustainable development goals of the United Nations, Dean Tom Veldkamp opened the new academic year with the vision of the ITC. Veldkamp: “ITC wants to contribute through its collaborative educational and research capacity development activities to advance the Global Sustainable Goal agenda.” With the goal to improve life of people all around the world, ITC works on developing resilient and robust solutions to monitor progress.

The president of the Student Association Board, Appau William Miller, welcomed his fellow students at the faculty, that “has been home” for so many scientists by now and shared his confidence that they will find in ITC “their new family of friends”. 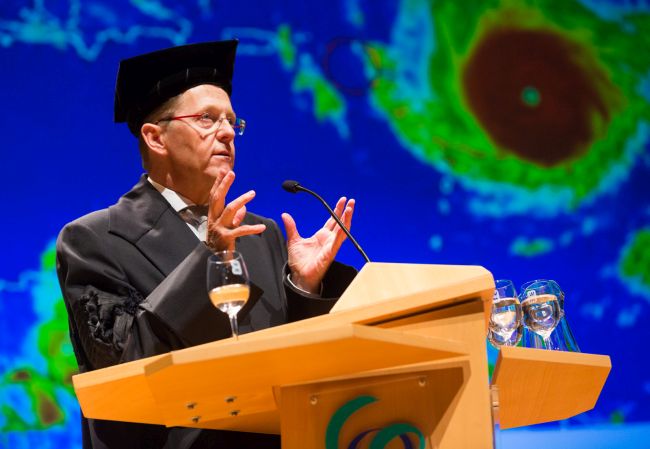 Last resort is a changing climate” is the title of this year’s Schermerhorn Lecture, which was provided by Gerard van der Steenhoven, director general at the Royal Netherlands Meteorological Institute KNMI. He took the opportunity to give a lecture on the importance of early-warning systems. The rapidly changing climate not only leads to warming up of the earth and consequences as sea level rise, but will also trigger extreme weather conditions that may lead to impactful disasters. “And the speed in which we reduce CO2 is not fast enough to prevent climate change to occur”, Van der Steenhoven states.

Early warning systems become increasingly important to signal the occurrence of weather events, such as extreme rains, storms and drought. “If we can predict a heatwave two weeks in advance, we can ask people to take adequate measurements. That will be an enormous benefit in reducing its negative effects.” It is an enormous scientific and technological challenge for us.” Van der Steenhoven concluded with the need for well-trained and skilled geo experts to make sure we’re making progress in the field of early-warning all over the globe. “The world needs good students educated at top universities.” 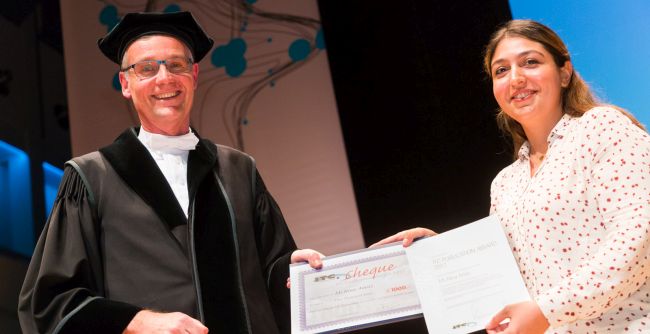 The annual ITC PhD Publication Award was received by Nina Amiri for her paper “Estimation of regeneration coverage in a temperate forest by 3D segmentation using airborne laser scanning data". Nina is jointly enrolled at the Munich University of Applied Sciences and the ITC Faculty of the University of Twente.

In the study, a comparison between ground plot data, with three airborne LiDAR images collected between 2009 and 2012, showed that the actual and estimated area of regeneration, agreed with a 70% accuracy. Further, as the amount of canopy cover increased the accuracy mapping forest regeneration decreased. In addition, regenerating forests were more accurately mapped under conifer over-story than deciduous over-story. 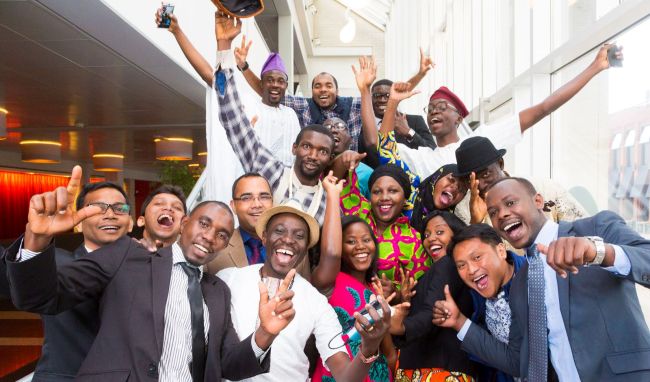