The Lusaka Agreement on Co-operative Enforcement Operations Directed at Illegal Trade in Wild Fauna and Flora was the brain-child of Wildlife Law Enforcement Officers from eight Eastern and Southern African countries meeting in Lusaka, Zambia in December 1992, under the auspices of Zambia’s Ministry of Tourism.

On 6 and 7 September 2010, the Director of the Task Force, Mr. Bonaventure Ebayi lead a delegation that included a LATF Communication Assistant and a Database Assistant officer from KWS to a meeting with officials of the Faculty of Geo-Information Science and Earth Observation (ITC) of the University of Twente and the United Nations University in Enschede the Netherlands.

The objective of the meeting was to plan on a joint project between the Task Force (LATF), ITC and United Nations University in research collaboration and development and implementation of Wildlife Enforcement Monitoring System (WEMS) in Africa.

The WEMS system will link producing countries and consumers through monitoring of illegal trade/trafficking, thus Lusaka Agreement Task Force will utilize the system to effectively track the trade and also add value in building capacity of its member states in the modern techniques to curb illegal trade in wild fauna and flora. A pilot project will be conducted with Parties to Lusaka Agreement and extended to other African countries thereafter.

Plans are underway for the three institutions to formally enter into a tripartite Memorandum of Understanding (MoU) as a basis for effective implementation of WEMS in Africa. Co-operation and inter- institutional collaboration are key factors to success in addressing transnational challenges.

In October, a two-day meeting was held with Ministers, members of the Bureau of the Governing Council of the Parties to Lusaka Agreement, where WEMS-Africa Implementation and the signing of a Tripartite cooperative agreement or MoU between LATF, ITC and the UN University were considered and approved by the Council among others projects.

There is now a formal go ahead and the Parties interested in Phase I, Kenya, Uganda and Tanzania were represented at the meeting and they expressed their willingness to collaborate fully in the implementation of the project.

Further information can be found on the LATF website. 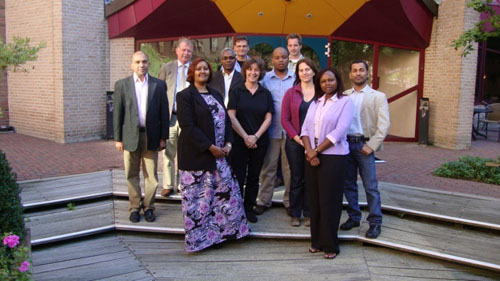