1966-1970:  I arrived in a cold Delft in November, 1966, from Tropical North Queensland to commence my study for a one-year Post-Graduate Diploma in Air –photo Interpretation. ( No Earth Observation satellites existed yet at that time!) . 1966 was the year that ITC changed its status from International TRAINING Centre ( ITC) to International Institute for Aerial Survey. Also, at the end of that year, the Founder of ITC, Prof. Schermerhorn handed over the Rectorship of ITC to Professor van der Weele.  After completing my Diploma course in 1967, I stayed on to do an M.Sc. as since becoming an Institute, ITC could now award M.Sc. degrees. That was completed in August 1969. After my M.Sc. in Delft, I moved to the University of Sheffield in the United Kingdom, where I became a Lecturer in Remote Sensing, for a UNESCO M.Sc. Course for students from Developing countries, and where I completed my Ph.D. in remote sensing, in the year that the first LANDSAT satellite was launched. 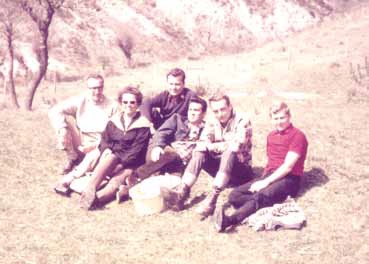