Visiting the future ITC building “Langezijds” was only possible by asking for a guided tour. With a security helmet and a designated time frame, visitors could wander around the building in construction to see it with their own eyes. Now, three students in the Geo-Information Science course of the HTHT minor, Alen Badrajan, Georgi Nikolov and Wicak Wicaksono, have integrated the digital model of the new building in Augmented Reality technology, using a HoloLens from ITC's VISUSE Lab. With their incredible work, it is now possible to visit the building digitally and comfortably and to play with different scales that allow us to view the site from unlimited perspectives.

The interior of ITC's future building appears before our eyes as if we were inside the building. The light enters the room from a large window on the ceiling, soft piano music is playing in the background, and the wooden texture of the walls and the ceramic of the floor look how we would expect. We are surrounded by plants and a wide staircase, and we can see the classrooms that are built across the halls. In front of us, there are some people-like figures, designed by the students to help us realize the scale of the building. They have inserted their own faces in the figures as an “easter egg.” 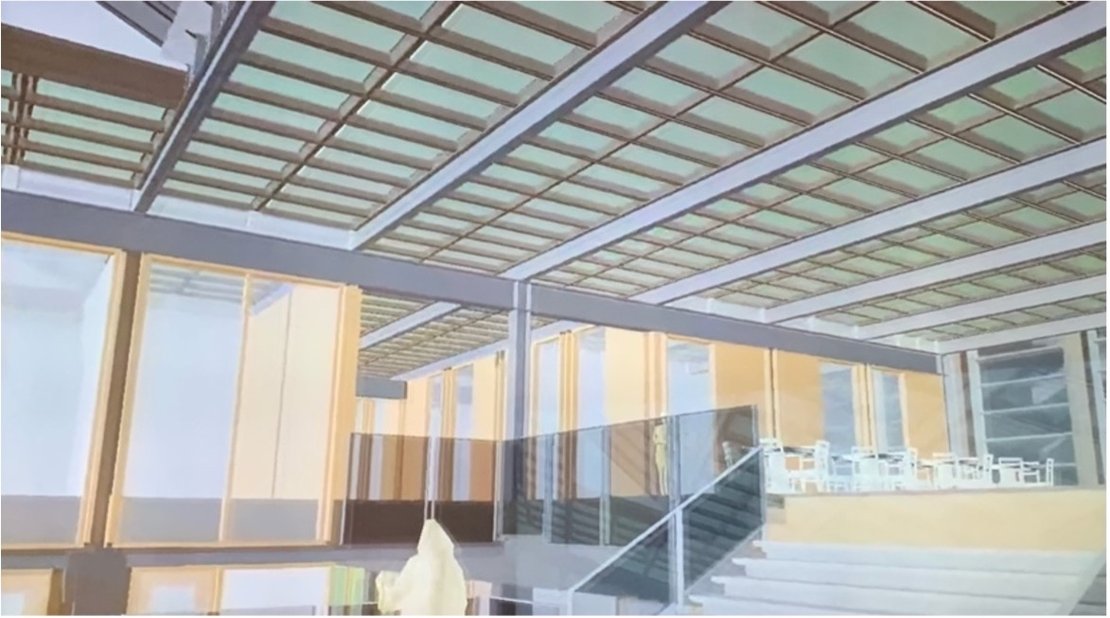 The interior of the new building, seen through the HoloLens

Alen Badrajan, Georgi Nikolov and Wicak Wicaksono are the three students behind this AR experience. As a project for the HTHT minor course, these students with different backgrounds have integrated the model of the future ITC Building in augmented reality technology. The project has three different levels: On the first level, the user is able to roam around the interior of the building with the help of a virtual pad.

On the second level, the building appears in miniature laying on the ground, with the city of Enschede and the UTC Campus in the background. The 3D textures are optimized to the limit, and the sun hits the construction and projects a shadow.

“This technology is quite useful for municipalities, for example, to see how construction plans such as wind turbines, can be realized” states Paulo Raposo, Assistant Professor of the ITC Faculty, Scientific Director of the VISUSE Lab, and co-supervisor of the three students for this project. Sander Oude Elberink, Associate Professor of the ITC Faculty and another co-supervisor of the students, adds another example: “Will adding extra trees decrease the visibility of the road? Will people appreciate it? It is easier to test in a type of environment that allows you to interactively change your design”. 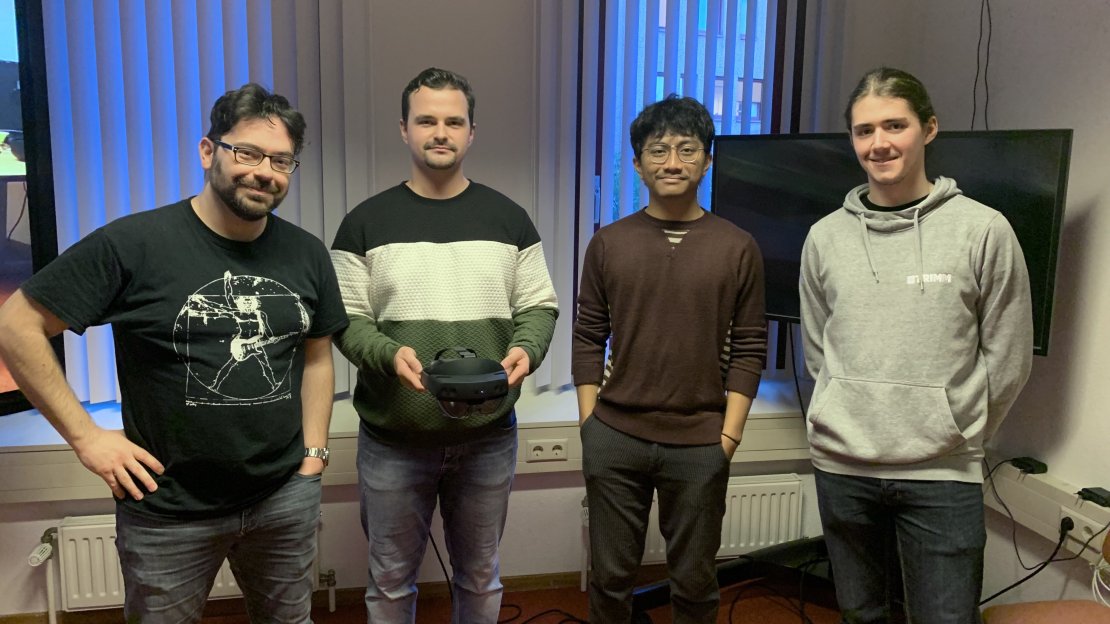 Paulo Raposo (first from the left) with the three students, Georgi, Wicak, and Alen (from left to right).

When selecting the third level of the HoloLens app the students created, a 5% scale model of the building appears in the middle of the room. With the headset on, you can pinch the half-a-meter building and rotate it, scale it, or leave it somewhere for another person to pick up.

The starting model had 55 thousand elements, which had to be reduced to 30 thousand to be compressed inside the model. “We had to compromise some elements inside the walls and between the floors” explained one of the students, “It was challenging to play around with the limitations of the system”. 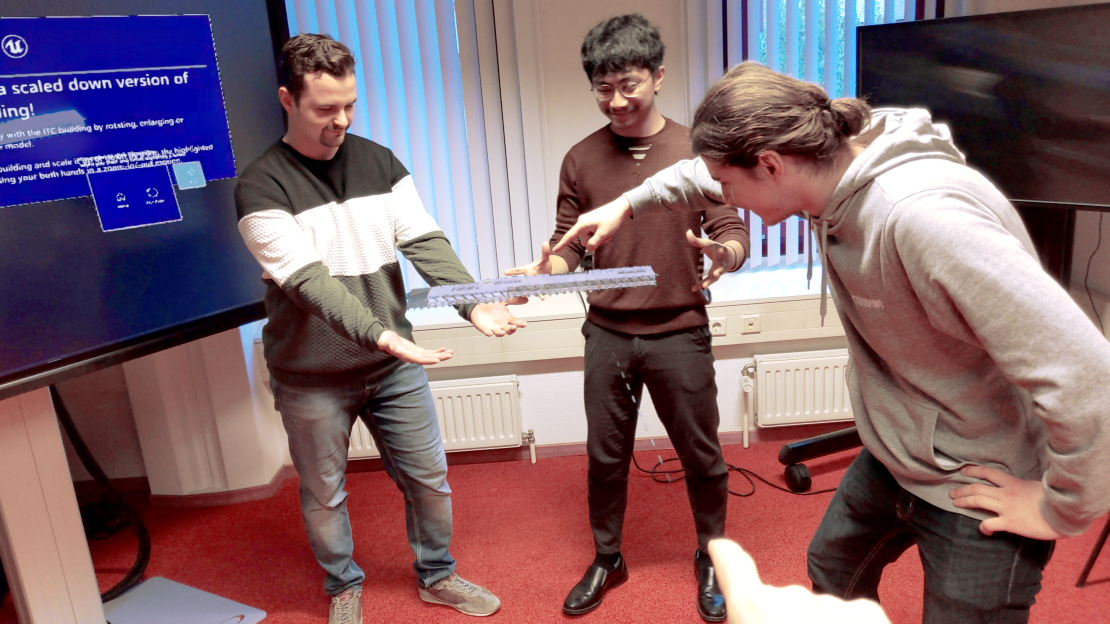 The students holding the building, seen through the Hololens.

Alen Badrajan, Georgi Nikolov, and Wicak Wicaksono developed this splendid project in a matter of weeks. “We decided to explore the possibilities of this model and the opportunities of this technology” one of them confesses “We hope to continue working on it in the future”.

If you want to learn more about the project and would like to experience the building through the students' work, please contact Paulo Raposo.