Once the military operation around Mosul (Iraq) gets underway a very large number of people is expected to flee and seek safety and shelter in refugee camps in the region. It is difficult to predict how sudden and how massive this movement of refugees is going to be. For WHO Iraq safeguarding adequate access to secondary health care (with contingency procedures and alternative plans in place) was critical.

Spatial information obtained through remote sensing as well as from other sources were used in supporting decision making planning of emergency response and relief, and to help WHO in Iraq with operational guidance for the strategic allocation of scarce health resources.

A method was developed that maximizes accessibility, service availability and health benefits for the largest possible number of people that were affected during the conflict.

The data availability during the project was problematic and putting together a consistent and good quality data set proved to be time-consuming. Eventually a three-step approach was followed that resulted in four scenario’s: describing access to hospitals prior to the start of the operations, considering different numbers of IDP’s (200,000 and 400,000), and considering access to facilities after partial liberation of Mosul.

The project demonstrated procedures to come to useful and valuable planning scenario’s, including the ability to modify criteria on the fly as situations developed. 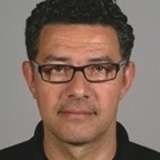 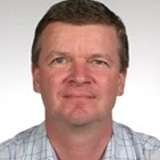 The topic of geo-health concerns the convergence of concepts and knowledge, tools and techniques developed in the health and the geographics domain. ITC brings in the necessary bio-medical expertise and link this effectively to spatio-temporal techniques and the latest developments in big data and data science.