Flash floods are a serious and recurring problem in Kampala. Though these floods generally have a short duration they do cause major disruptions and entail high economic and social costs, especially for people living in the relatively low-lying valleys and wetlands. UN-HABITAT’s Cities and Climate Change Initiative (CCCI) selected Kampala as one of its target cities and was funded the IFM Kampala project. The project prepared a series of scenario studies on flood risk and urban development in Kampala and, together with local stakeholders, developed a set of proposed strategies and actions to reduce flood risk in the city.  These should better prepare the city for the effects of climate change which will likely aggravate the flood risks in Kampala.

IFM Kampala was not purely a technical exercise. Governance and engaging stakeholders were also important. A successful strategy to reduce flood risk must raise overall awareness of the various stakeholders and stimulate more risk-sensitive behavior.  The project results were a focus during the first National Workshop on Cities and Climate Change in Kampala in December 2013. 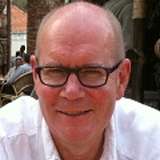 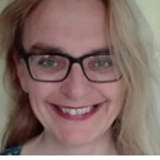 Our exposure and vulnerability to extreme events - including both natural and human-induced hazards - continue to increase. Worldwide the impact of disasters is rapidly growing. At ITC, experts work to integrate hazard assessment and disaster risk management into strategic planning and sustainable development.