Register for the Business Days Twente to get in touch with companies that may well be your future employer!
More information
The University of Twente wishes you a happy and healthy 2021!
To the video
The latest edition of our Campus Magazine is out now!
Read it here
Join our Dies Natalis on Friday 27 November
More information
Over the years, you and your colleagues have been working hard to provide the best possible education. For that, we received great recognition in the newest edition of the Keuzegids.
Find out more
The newest Keuzegids hails your university as Best Technical University and awards the Top rated programme title to six study programmes.
Find out more
We are proud of our great score in the Keuzegids Universiteiten, in which we received the title Best Technical University in the Netherlands!
Find out more
For the fourth time in a row, we have been named Most entrepreneurial university in the Netherlands!
Find out more
During the Online Open Days, we welcomed over 4,300 master’s and bachelor’s seekers from all over the world.
Watch the aftermovie
Previous eventNext event

Due to the COVID-19 crisis measures the PhD defence of Oscar Kamps will take place online (until further notice).

Oscar Kamps is a PhD student in the department of Earth Systems Analysis. His supervisor is prof.dr. F.D. van der Meer from the Faculty of Geo-Information Science and Earth Observation (ITC). 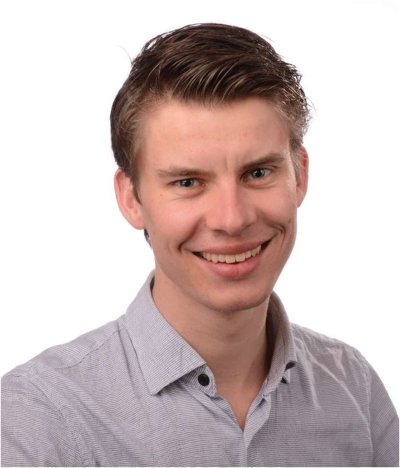 The availability of global orbital data has advanced the understanding of the geology of Mars. However, the limited availability of verification data complicates the interpretation of the data, resulting in multiple hypotheses on the geological history and past conditions to explain interpreted mineralogical- and geochemical differences. Also, it is unlikely that sufficient in-situ validation data will be available in the near future to explain such differences. For this reason, the research performed in this thesis is initiated with the purpose that new global perspectives on the Martian geology can come from either new orbital datasets or the use of novel analysis techniques on existing data. The title “Mars in multi-dimensions” can be explained in multiple ways. It refers to the multi-dimensions of multi-variate data analysis techniques applied in most of the studies within this thesis, and refers to the different dimensions or perspectives of the different orbital instruments used in this study to characterize mineralogy and geochemistry.

The CRISM (Compact Reconnaissance Imaging Spectrometer) mapping mode data is used to develop new global maps indicating the important spectral features characteristic for primary mafic and secondary alteration minerals. Because of known difficulties with this data, such as observational differences between different orbit observations and the shallow nature of some spectral absorption features, the global mapping mode dataset of the CRISM is a rarely used dataset for global mapping. This mapping and characterizing the surface geology and composition was one of the pre-defined primary goals of the CRISM instrument. The results have shown that distinct compositional provinces on Mars can be characterized by the CRISM dataset. Besides this study’s consistent results with previous global mineralogical studies, the data has provided new perspectives by classifying new regions that are potentially geologically interesting regions, around for example Hellas Basin and Ophir Planum.

After demonstrating the geological mapping potential of the CRISM data, the data is used as input for quantitative modeling of the Gamma-Ray Spectrometer (GRS) geochemical element concentrations. Studying these element distributions is challenging due to the coarse spatial resolution of this data (e.g. 5o x 5o). Using quantitative modeling of the GRS data, statistical, robust and transparent comparisons between mineralogical information and the element concentration was undertaken. The results have shown how well the datasets relate to each other and which CRISM derived summary products contribute most to the model. With these modeling results, local anomalies in the element concentrations are interpreted for geological processes based on their geochemical and mineralogical nature.

The interpretations of the Martian surface geology are supported here by Mars analog rock analysis. In this thesis, a variety of sedimentary, volcanic and altered rocks are studied with geochemical analysis as well as imaging and point spectroscopy. A selection of Pilbara greenstone rocks, which are similar in age and composition as the rocks on Mars, are studied to test whether the absorption wavelengths of chlorite can be used to distinguish hydrothermal alteration from metamorphosed rocks. In addition, a selection of rocks, considered as Mars analog rocks, from the geoscience lab of ITC were measured with imaging spectrometers. By calculating the same equivalent summary products as those derived from CRISM for Mars, it was possible to evaluate these products for their intended mineralogy and possible alternative interpretations.

In conclusion, despite the earlier mentioned difficulties with the CRISM data, the exploratory work in this thesis has indicated the potential of this dataset for geological remote sensing. The surface type classification using the CRISM data has provided new information of earlier defined surface types but also described regions that are not described before by previous surface type studies. The predictive modeling of the geochemical element concentrations has quantified the relation between this geochemical dataset with mineralogical infrared data. The importance of the spectral parameters for the model was used to locally interpret the geology based on geochemical and mineralogical data resulting in new perspectives on the geological history. The spectral measurements of Mars analog rocks were found useful to verify the interpretation of the commonly used spectral parameters for Martian remote sensing. It showed the usefulness of spectral parameters to describe the intended spectral features of minerals but also the alternative interpretations for other minerals. Many questions remain regarding the geological history of Mars, but with the work in this thesis, presenting new data and novel application of statistical analysis, has shown to be a valuable addition to the current understanding of the Martian geology.

Due to the COVID-19 crisis measures the PhD defence of Oscar Kamps will take place online (until further notice).