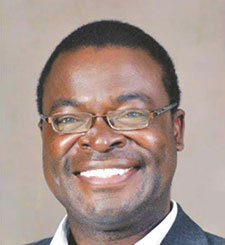 In August 1998, Professor Amon Murwira joined the University of Zimbabwe as a staff development fellow in the Department of Geography and Environmental Science under a scholarship to do an MSc in Environmental Systems Analysis and Monitoring, as well as a PhD at ITC in the Netherlands. He successfully completed his MSc thesis in 2000 and immediately commenced his PhD research.

It was with great pleasure that we learned of Murwira’s appointment as Minister in the Zimbabwean cabinet. We congratulate him most warmly on behalf of the ITC Community and wish him success in his new duties.