Forests absorb a lot of CO2 from the air in the summer, but during the heat wave at the end of July, forests in the Netherlands emitted CO2. This is shown by measurements taken by the University of Twente.

The University of Twente (UT) has been measuring how Douglas firs react to weather and climate in a forest near Garderen since 2006. Between 24 and 26 July it was exceptionally hot. As a result, growth was so limited that during the day less CO2 was captured by the forest than was emitted at night.

Emissions comparable to flight Amsterdam - London
The net CO2 emissions from the forests during the hot days were 60 kilograms per football pitch. This is as much as that of a person flying from Amsterdam to London in Economy Class.

During the day the trees use sunlight, water and CO2 to grow, while at night they breathe out CO2. A football pitch in this forest captures 4.8 tonnes of CO2 per year in wood, about the same amount as the annual emissions of two petrol cars.

Striking results
UT researcher Dr. Christiaan van der Tol: "It was known that growth slows down at high temperatures, but it is rarely so hot that CO2 uptake turns into emissions. We now know how these trees react to high temperatures." The researchers are also very curious whether other conifers and deciduous trees also emit CO2 during hot days. The measurements can help forest managers to respond better to a changing climate, for example when choosing tree species for planting.

This is not harmful to people. "If you walk in a forest that emits CO2 during a heat wave, you still breathe less CO2 than when you are inside. The trees do have enough reserve to survive a few days with less growth. After the heat wave, growth resumed. And by 29 July, the forest had already compensated for its emissions.

Van der Tol is a researcher at the Water Resources department of the Faculty of Geo-information Sciences and Earth Observation (ITC) of the University of Twente. Researchers from this department take measurements at various locations in the forest, city and countryside, and use satellite images to better understand the cycles of water, energy and CO2 on earth. 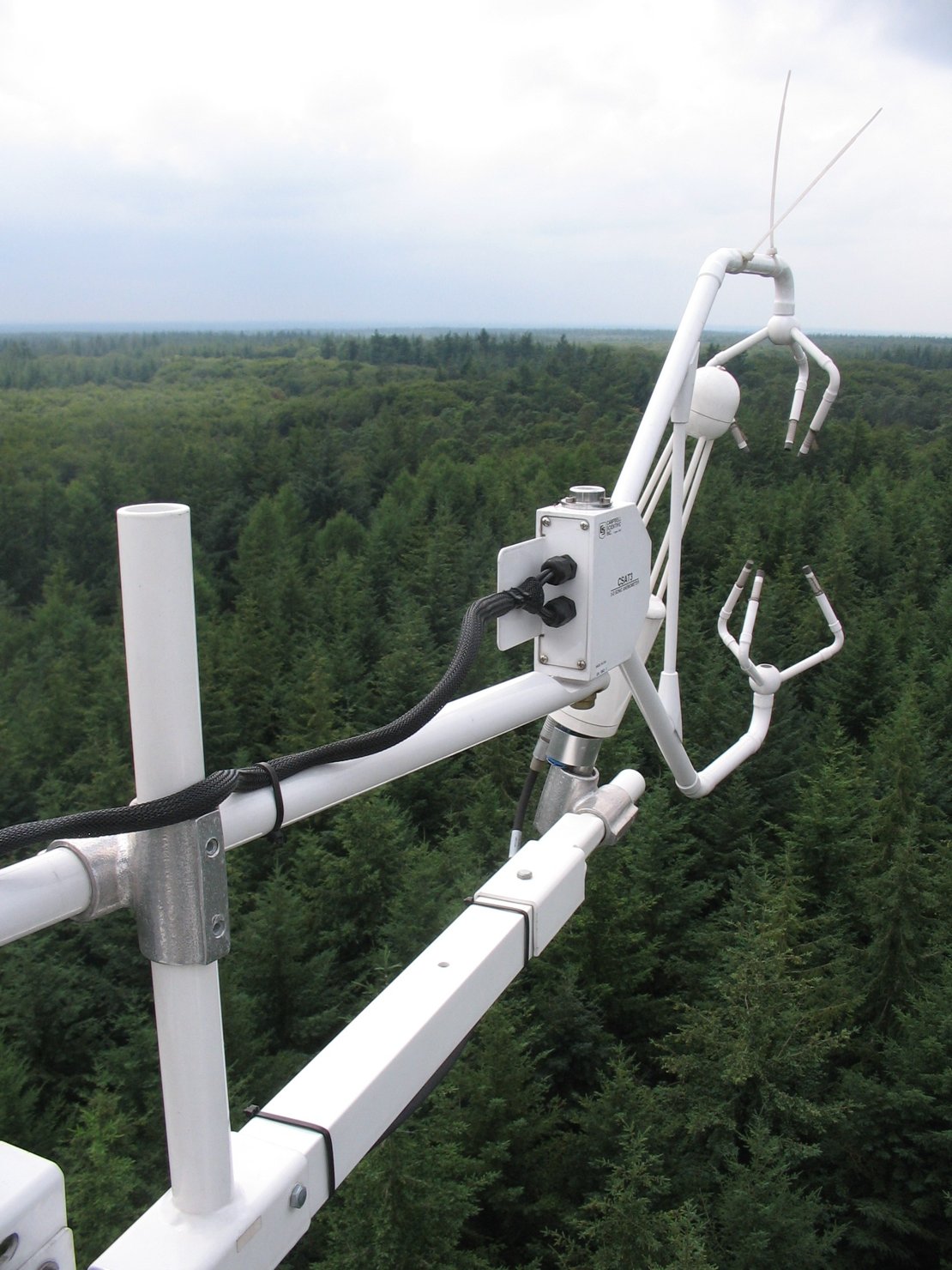