Finding a needle in a haystack is a challenge, but counting elephants from space sounds like science fiction, but that is exactly what a team led by WildCRU’s Isla Duporge has achieved. The population of African elephants (Loxodonta africana) has plummeted over the last century due to poaching, retaliatory killing from crop-raiding and habitat fragmentation. To conserve them requires knowledge of where they are, and how many there are: accurate monitoring is vital.

Existing methods are prone to error. Inaccurate counts lead to misallocation of scarce conservation resources and misunderstanding population trends. Currently, the most common survey technique for elephant populations in savannah environments is aerial counts from manned aircraft. Observers on aerial surveys can get exhausted, be hindered by poor visibility and otherwise succumb to bias, and aerial surveys can be costly and logistically challenging. A team from the University of Oxford (WildCRU: Department of Zoology and the Machine Learning Research Group: Department of Engineering) in collaboration with Dr Olga Isupova, University of Bath and Dr. Tiejun Wang, University of Twente, set out to solve these problems.

Remotely sensing elephants using satellite imagery and automating detection via deep learning provides a new method for surveying elephants and also solves various existing challenges. Satellites can collect upward of 5000 km² imagery in one pass captured in a matter of minutes, eliminating the risk of double counting. Repeat surveys are also possible at short intervals. Satellite monitoring is an unobtrusive technique requiring no ground presence thus eliminating the risk of disturbing species, or of concern for human safety during data collection. Previously inaccessible areas are rendered accessible, and cross-border areas – often crucial to conservation planning - can be surveyed without the time-consuming requirement of terrestrial permits.

One of the challenges of using satellite monitoring is processing the enormous quantity of imagery generated. However, automating detection means a process that would formally have taken months can be completed in a matter of hours. Furthermore, machines are less prone to error, false negatives and false positives in deep learning algorithms are consistent and can be rectified by systematically improving models- the same cannot be said for humans. 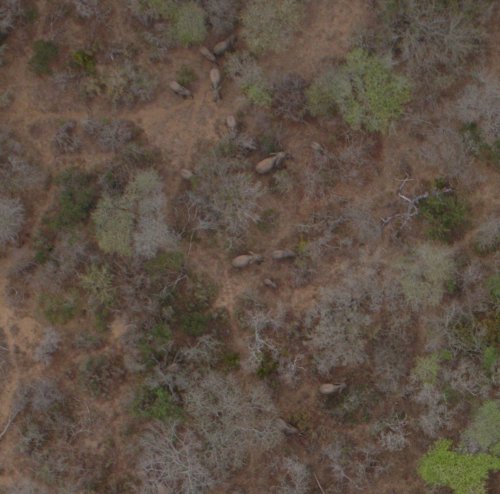 Figure 1: Aerial view of several elephants. Can you spot them all?

To develop this new method, the team created a customised training dataset of more than 1000 elephants in South Africa, which was fed into a Convolutional Neural Network (CNN) and the results were compared to human performance. Elephants, it turns out, can be detected in satellite imagery with accuracy as high as human detection capabilities. The results (known as the F2 score) of the CNN models was 0.78 in heterogeneous areas and 0.73 in homogenous areas, compared with, an averaged human detection capability F2 score of 0.77 in heterogeneous areas and 0.80 in homogenous areas. The model could even detect elephants in places far from the training data site showing the generalisability of the model. Having trained the machine only on adults, it was then able to identify calves.

The researchers believe that this demonstrates the power of technology to serve conservation: satellite remote sensing and deep learning technologies offer promise to the conservation of these majestic mammals. Conservation technologies open a new world of possibilities, to be embraced with the urgency necessitated by the sixth mass extinction and the global plight of biodiversity.

Dr. Tiejun Wang is an Associate Professor in Ecological Remote Sensing at the Department of Natural Resources. They published their results in an article titled 'Using very high-resolution satellite imagery and deep learning to detect and count African elephants in heterogeneous landscapes', in the journal Remote Sensing in Ecology and Conservation.