Elephants move faster and straighter when moving through risky areas, researchers have discovered, meandering more when safer. The study by Save the Elephants, the University of Twente and the University of Oxford, further builds our understanding of how elephants adapt to the threat of poaching and other hostile contact with humans.

Elephants often move between feeding areas that are tens of miles apart, through a landscape that carries varying levels of danger. Previous research has shown that as they move from one part of their home range to another one, they walk fast, slowing to their usual speed when they arrive. Last year, a study by the same authors showed that elephants in risky areas shift their peak activity time from day to night.

Elephants moving through northern Kenya in the Samburu-Laikipia ecosystem were tracked using GPS collars between 2004 and 2014, a period when ivory poaching surged in the area. The risk to elephants varies as they pass between national reserves, community conservancies and zones of inter-tribal conflict, and is measured thanks to a UN-mandated programme called Monitoring of Illegal Killing of Elephants (MIKE), which counts elephant carcasses and records the proportion killed illegally 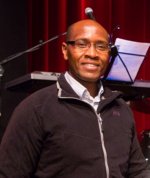 The investigation, led by Festus Ihwagi of Save the Elephants while obtaining his PhD at the University of Twente, used the tracking data to measure the ‘tortuosity’ of an elephant’s path by combining the speed of travel with turning angles when they are in the prime feeding areas. As well as looking at elephants that moved from one area to another, the study also looked at elephants who had stayed in one area that had become either more or less risky over time. These non-migratory elephants also changed their tortuosity in response to threat level.

“A reduction in path tortuosity implies reduced searching intensity per unit area, which in the long run might have negative implications in the foraging success of el-ephants in risky landscapes,” said lead author Festus Ihwagi. “Changes in path tortuosity can also serve as a useful proxy for changes in levels of illegal killing at the site level,” he continued.

GPS tracking technology is used across Africa to help guide the deployment of ranger patrols (some 350 elephants are monitored by organisations using the Save the Elephants Tracking App, powered by Vulcan). By monitoring this data for changes in tortuosity, managers could be alerted that the elephants are experienced increased risk. The discovery could be used to give remote warning that elephants are experienced increased risk, thanks to wide-spread use of GPS tracking technology on elephants.

“Elephants adapt to their landscape with great sensitivity. When the risk is high, they diminish their meandering in search of food and aim to get from one point to the next in safety,” said Iain Douglas-Hamilton, founder of Save the Elephants and Senior Research Associate at Oxford University’s Department of Zoology. “By better understanding the decisions that elephants make, we can understand their needs and so help secure their future.”

The Samburu-Laikipia landscape is home to over 8,000 elephants. Save the Ele-phants has been studying them for over 20 years, deploying over 150 tracking col-lars in this time. For this study five female elephants and six males were tracked for varying lengths of time ranging from two to eight years, with their GPS position rec-orded hourly. In general, male elephants walk with marginally higher tortuosity than females, but poaching levels influenced the path tortuosity of both sexes similarly. Females, who live in closely-knit families, often have young calves with them and are usually more risk-averse than bull elephants, which explains their generally lower tortuosity.

Key findings from the study include: