Urban search and rescue teams (USaR) facing a major disaster, rely on several types of information to accomplish their main objective of saving human lives. The INACHUS project, an European Union 7th framework program R&D project, mainly aims to reduce the time related with the disaster response phase operations which would translate in a higher number of victims aided. With 20 partners, this project entails several fields of research. From sensors coupled in a robot snake in order to detect human presence inside the rubble, up to collapse simulations of buildings, several domains will enable a more informed decision making by the USaR teams. Among others, remote sensing is one of the domains in which its generated information is considered very relevant to support the decisions of such disaster related actors. This remote sensing part will be performed by 3 partners alongside ITC, and in which, due to the broadness of the project, both ESA and EOS departments are involved.

At a regional level, the first objective aims at mapping the population over the disaster area. The main challenge will be to account for the population variability both spatially and temporally, allowing to determine the population location at the time of a disaster. This information, which can then be coupled with synoptic damage maps (e.g. International Charter), will enable the identification of hotspots over the disaster area. Such an overview can surely optimize both human and technological resources of the USaR personnel. A damage assessment on the hotspots location will then be performed using a multi-temporal approach considering data obtained from oblique systems mounted on manned platforms. A multi-temporal approach may increase the reliability of damage detection, also considering the façades. These damage results will contain not only the location of damage but also the degree of the damage evidences.

The high-portability and revisit capabilities, the UAV can be easily integrated into the USaR field procedures. Nevertheless, this integration must be fully automated, which brings the need of having an automatic camera network design for UAV-oblique that successfully reconstructs, three-dimensionally, the damaged scene. The posterior use of the imagery obtained with the UAV-oblique will also be integrated in a multi-temporal approach, at this step the increase in resolution, when comparing with the manned platforms, will be the main challenge. This increase in resolution also enables the extraction of information from the imagery that goes beyond a damage detection and quantification routine. The last objective aims at having a finer damaged scene understanding, moving from a spatial dimension to a semantic one and also taking into account the knowledge about the pre-event state of the buildings. This contribution would allow, for example, to attach building structural knowledge to the several objects identified in the scene. 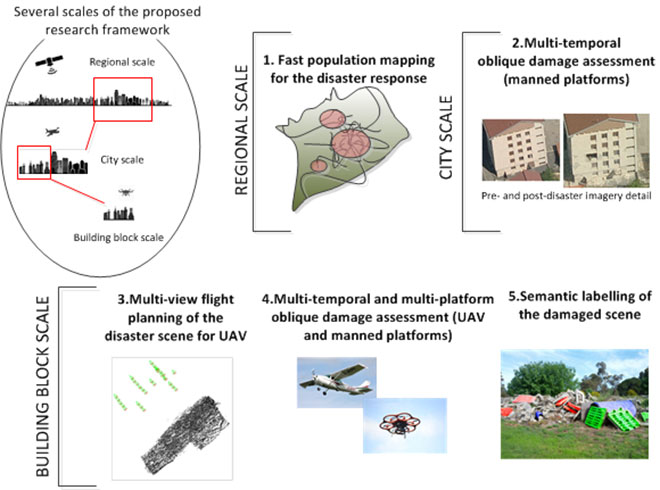 Figure 1 Diagram showing the 3 different scales of the disaster response phase addressed by the research framework and the respective objectives. 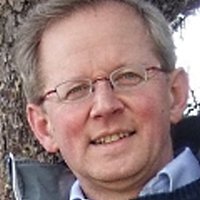 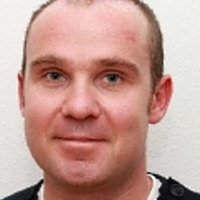 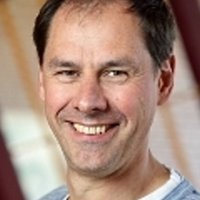 Developments in sensor and web technology have led to a vast increase in earth observation data. Advanced methodology is needed for interpretation and integration of such big geo-data to support decision making.