The International Space Exploration Coordination Group (ISECG) has been examining mission scenarios that are consistent with its Global Exploration Roadmap (GER). A Design Reference Mission (DRM) architecture for humans to the lunar surface is outlined in Hufentbach et al. (2015). In this concept, there are five landing sites for crew. All sites are near the south-pole of the Moon and mostly on its far-side. After each mission by crew, two lunar electric rovers will be tele-operated to the next landing sites. The results of a traverse planning at the five landing sites for crew and between the five sites by the rovers will be presented. The results which will be presented are a result of the 2016 exploration internship at the lunar and planetary institute. 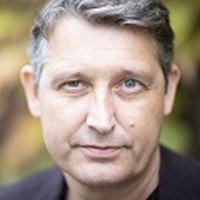 Combine earth science knowledge with spatial modelling and advanced earth observation analysis, to improve our understanding of the impact of climate and population change on the scarceness of resources and energy, changing natural hazards and increased vulnerability and risk of our society.