Earlier this week, the Global Assessment on Biodiversity and Ecosystem Services was published by IPBES, the science-policy platform that serves under the flag of the United Nations. In the assessment major concerns are raised on the state and trends of biodiversity. The way we currently deal with the loss of nature will not suffice in turning the tide, the researchers state. But what should be done? Wieteke Willemen, who is an associate professor at the ITC Faculty of Geo-information Science and Earth Observation of the University of Twente, reflects on the global decline in biodiversity.

“Since 1992, the year of the United Nation’s Earth Summit in Rio de Janeiro, the message has actually been the same: biodiversity needs to be protected. Not only for the sake of conserving plants and animal species, but also because healthy ecosystem are a foundation for human wellbeing. While this message remained unchanged ever since, the urgency of the problem has grown even further: decline of biodiversity has reached its all-time high.

Protecting nature is a challenge with many faces. Sir Bob Watson, the chair of IPBES, frames this sharply. The protection of our nature is not just an environmental issue, but it is as much as an economic and social issue too, just as it is about safety, moral choices and ethics. It is about the choices that we make on how to earn money and how a society develops itself, it is about avoiding conflicts over natural sources. It is a moral dilemma, can we destroy irreplaceable nature? And an ethical issue: the most vulnerable groups in our society, with the little freedom of choice, are being hit hardest by degradation of nature, often due to decisions made by others.

Protected natural areas are important. Assigning a protected status, together with measurements to ensure the conservation of these areas, is a classical way to protect biodiversity. The natural values of these areas and their contributions to our wellbeing are often high. But the percentage of protected areas is simply insufficient. To address the different faces of the current ecological crisis a transitional change is required: biodiversity-thinking should be fully integrated in all decision-making. The IPBES assessment is clear on the matter: it is not only the national governments that need to take action, there is also a clear role for producers and consumers. A major challenge here is to develop a radically different view on our relationship with all other life on this planet. This requires a fundamental change in our social and economic systems driving the way we act and perceive good quality of life. Practical steps to take include, nature-inclusive agriculture, nature-based solutions in our urban areas, reducing carbon emissions and polluters like plastics as well as limiting our consumption. It is not a matter of choosing one or two, but acting on all fronts.

As said, the message that we are rapidly losing nature is known for over three decades. So why will the latest IPBES assessment bring about the change that has not been achieved over the years? The work of IPBES is fundamentally different for earlier biodiversity reports. First of all, IPBES is an intergovernmental science-policy platform. In practice, this means 132 countries are involved in the assessment process, together with an international team of experts who synthesize on the evidence on the state, drivers, and trends of biodiversity and its effect on human wellbeing. In the process, countries to read drafts, provide input on the scope, and jointly come to summary of the report in which all policy-relevant findings of the assessment are presented. This summary is word-by-word approved by them. In this way, countries become co-owner of the findings. Secondly, the IPBES assessments are characterized by their strong interdisciplinary approach. The reports are not only written by ecologists, but also by experts in the field of law, policy, social relations, culture and tradition. As such, the multiple faces of human-nature relationships are carefully captured.” 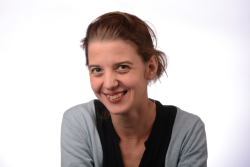 From 2015 to 2018, Wieteke Willemen was a Coordinating Lead Author of a chapter in the IPBES Land Degradation and Restoration Assessment and took part in the international negotiations on the final publication in Colombia. This year, she has been involved in the preparations for the Dutch delegation, and supported the negotiators of the Dutch Ministry of Agriculture, Nature and Food Quality at the IPBES Plenary last week.