Register for the Business Days Twente to get in touch with companies that may well be your future employer!
More information
The University of Twente wishes you a happy and healthy 2021!
To the video
The latest edition of our Campus Magazine is out now!
Read it here
Join our Dies Natalis on Friday 27 November
More information
Over the years, you and your colleagues have been working hard to provide the best possible education. For that, we received great recognition in the newest edition of the Keuzegids.
Find out more
The newest Keuzegids hails your university as Best Technical University and awards the Top rated programme title to six study programmes.
Find out more
We are proud of our great score in the Keuzegids Universiteiten, in which we received the title Best Technical University in the Netherlands!
Find out more
For the fourth time in a row, we have been named Most entrepreneurial university in the Netherlands!
Find out more
During the Online Open Days, we welcomed over 4,300 master’s and bachelor’s seekers from all over the world.
Watch the aftermovie
Previous eventNext event

Due to the COVID-19 crisis the PhD defence of Yasser Abbasi will take place online (until further notice).

Yasser Abbasi is a PhD student in the research group WRS. His supervisor is prof.dr.ir. C.M.M. Mannaerts from the Faculty of Geo-Information Science and Earth Observation (ITC). 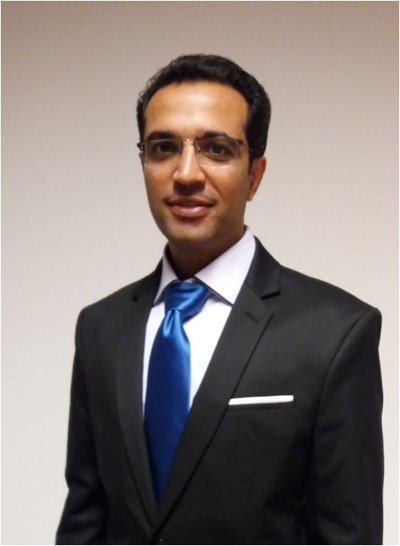 In spite of the pollution risk of pesticides, it is still one of the important methods for protecting agriculture and horticultural products against pests. However, the use of pesticides continues to cause anxiety due to the potential harmful effects of pesticides on the environment and on human health. Therefore, increased awareness and knowledge of micro-pollutants (incl. pesticide residues), their spatial distribution and location, and their fate can help to better understand the hazards and risks associated to chemical pollutants in soil, water, crops and biota. During application of pesticide to agricultural cropland, some of it may be adsorbed to sediments, organic matter, soil particles, biota and crops and/or may volatize to the air. Pesticides are also subject to biodegradation by microorganisms. Therefore, in order to determine the distribution and fate of pesticides in the environment, it is necessary to evaluate, next to their accurate concentration, any relevant factors and variation of pesticides fate in the environment.

This study is about pollution and fate of pesticide residues in the lake Naivasha basin where intensive agricultural activity has caused worries about micro-pollutants and contamination of the lake environment and surrounding ecosystem. The Lake Naivasha catchment is located in the eastern part of the Rift Valley region in Kenya with a basin area of approx. 3,400 km2. The eastern Rift has a tropical equatorial highland climate with two dry and two rainy seasons. The upper and middle parts of the catchment are mostly subjected to smallholder mixed farming for producing various crops. Moreover, there are various local dwellings, villages and towns all around the catchment that influence the rivers and lake water quality located in the lower catchment. Input from upstream into the Lake includes streamflow from the Malewa, Karati and Gilgil rivers plus other surface runoff and sub-surface flows that drain from the catchment and ultimately reach the lake. As the Malewa river accounts for approximately 80% of the water inflow into Lake Naivasha, the passive sampling stations were installed in the Upper Malewa, Middle Malewa river and in the Lake waterbody.

Although the potential pollution of different agro-chemicals (e.g. pesticides and fertilizers) has been explored in some earlier studies in the basin, a comprehensive evaluation of environmental exposure to residues coming from pesticide application by using new in-situ sampling techniques and models in the Naivasha basin was deemed necessary. The scientific challenge of this study was to determine the exposure risk of lake Naivasha to pesticide residues, and to identify the sources of the chemicals and their fate by using a combined passive sampling, hydrological modelling and eco-partitioning approach. To meet this challenge, the following objectives were defined: The first objective deals with application of passive sampling techniques for studying and measuring the micro-pollutants in the aquatic environment of the lake Naivasha basin. The main challenge of this objective was the spatial distribution of the passive sampling locations for achieving adequate information and data about pesticide concentrations in the river network and lake Naivasha. In the second instance, a simulation of pesticide transport and their fate in the river network of the Naivasha basin was undertaken and the effect of different hydrological conditions was analysed. The main aim of this objective was exploring the transfer of pesticides through the river network from the upper and middle parts of the basin to the lake by using a hydrologic modelling approach. Finally, the last objective was evaluating the micro-pollutants distribution in the lake Naivasha basin by using an environmental ecosystem partitioning approach. The main theory of this objective was that applied pesticides could be washed from crops and soil to riparian areas and transferred further to the rivers and the Lake, but usually have a strong preference for an ecosystem compartment i.e. air, soil, water, biota. It means that pesticide pollution of agricultural areas affects not only the water quality of rivers and the lake in the basin, but ultimately also can affect biota (plants, fish) and therefore presents a health risk and hazard. This objective identified how any of the environmental compartments of the lake basin are exposed to the investigated pesticide residues.

In the first part of the study, the idea was that the passive sampling techniques could improve the discovery and assessment of very low concentrations by continuous collecting the contaminants, which usually go undetected with classic and once-off time-point grab sampling. The aim of this study was to evaluate organochlorine pesticide (OCP) residues in the aquatic environment of the lake Naivasha river basin (Kenya) using passive sampling techniques. Silicone rubber sheet and Speedisk samplers were used to detect residues of α-HCH, β-HCH, γ-HCH, δ-HCH, Heptachlor, Aldrin, Heptachlor Epoxide, pp-DDE, Endrin, Dieldrin, α-endosulfan, β-endosulfan, pp-DDD, Endrin aldehyde, pp-DDT, Endosulfan Sulfate and Methoxychlor in the Malewa river and Lake Naivasha. After solvent extraction from the sampling media, the residues were analyzed using gas chromatography electron capture detection (GC-ECD) for the OCPs and gas chromatography- double mass spectrometry (GC-MSMS) for the PCB reference compounds. Measuring the OCP residues using the Silicone rubber samplers revealed the highest concentration of residues (∑OCPs of 81(±18.9 SD) ng/L to be at the lake site, being the ultimate accumulation environment for surficial hydrological, chemical and sediment transport through the river basin. The total OCP residue sums changed to 71.5(±11.3SD) ng/L for the Middle Malewa and 59(±12.5SD) ng/L for the Upper Malewa river sampling sites. The concentration sums of OCPs detected using the Speedisk samplers at the Upper Malewa, Middle Malewa and the Lake Naivasha sites were 28.2(±4.2SD) ng/L, 31.3(±1.8SD) ng/L and 34.2(±6.4SD) ng/L, respectively. An evaluation of the different pesticide compound variations identified at the three sites revealed that Endosulfan Sulfate, α-HCH, Methoxychlor and Endrin aldehyde residues were still found at all sampling sites. However, the statistical analysis using one-way ANOVA for testing the differences of ∑OCPs between the sampling sites for both the Silicone Rubber sheet and Speedisk samplers showed that there were no  significant differences from the Upper Malewa to the Lake site (P<0.05). Finally, the finding of this study indicated that continued monitoring of pesticide residues in the catchment remains highly recommended.

In the second step of this study, the SWAT model as an integrated hydrological model was applied to evaluate the transport of pesticide residues. The idea was improving our understanding of the dynamics of pesticide transport in the Malewa river and lake Naivasha, a major fresh water resource of high socio-economic importance. In this study, the Soil and Water Assessment Tool (SWAT) model was used to simulate the discharge of sediment and pesticides (notably the organochlorine or OCP residues of a-HCH, Methoxychlor and endosulfan-sulfate) into the Malewa river sub-basin. Model sensitivity analysis, calibration and validation were performed for both daily and monthly time steps using the Sequential Uncertainty Fitting version 2 (SUFI-2) algorithm of the SWAT-CUP tool. Water level gauge data as well as a DTS-12 digital turbidity sensor for suspended sediment transport were used for the SWAT calibration. Pesticide residues were measured at Upper and Down Malewa locations using a passive sampling technique and their quantity was determined using laboratory Gas Chromatography. The sensitivity analysis results showed that curve number (CN2), USLE soil erodibility factor (USLE-K) and pesticide application efficiency (AP_EF) formed the most sensitive parameters for discharge, sediment and pesticide simulations, respectively. In addition, SWAT model calibration and validation showed better results for monthly discharge simulations than for daily discharge simulations. Similarly, the results obtained for the monthly sediment calibration demonstrated more match between measured and simulated data as compared to the simulation at daily steps. Comparison between the simulated and measured pesticide concentrations at upper Malewa and down Malewa locations demonstrated that although the model mostly overestimated pesticide loadings, there was a positive association between the pesticide measurements and the simulations. Higher concentrations of pesticides were found between May and mid-July. The similarity between measured and simulated pesticides shows the potential of the SWAT model as evaluation modelling tool for upstream to downstream suspended sediment and pesticide transport in catchments.

Finally, distribution of pesticide residues in the environment, their transport and final fate is one of the most important environmental challenges. Fate of pesticides in the complex environments, especially in aquatic phases such as lakes and rivers, is governed by the main physicochemical properties of the contaminants and the surrounding environmental properties. In this study, a multimedia mass modeling approach using the Quantitative Water Air Sediment Interaction (QWASI) model was applied to explore the fate of organochlorine pesticide residues of Methoxychlor, α-HCH and endosulfan–sulfate in the lake Naivasha (Kenya). The required physicochemical data of the pesticides such as molar mass, vapour pressure, air–water partitioning coefficient (KAW), solubility, and the Henry’s law constant were provided as the inputs of the model. The environmental data also were collected using field measurements and taken from the literature. The sensitivity analysis of the model was applied using a One-At-a-Time (OAT) approach and calibrated using measured pesticide residues by the passive sampling method. Finally, the calibrated model was used to estimate the fate and partitioning of the pesticide residues in different media of the lake. The result of sensitivity analysis showed the five most sensitive parameters were KOC, log Kow, half-life of the pollutants in water, half-life of the pollutants in sediment, and KAW. The variations of outputs for the three studied pesticide residues against inputs were noticeably different. For example, the range of changes in the concentration of α-HCH residue was between 96% to 102%, while for Methoxychlor and endosulfan-sulfate it was between 65% to 125%. The results of calibration demonstrated that the model was calibrated reasonably with the R2 of 0.65 and RMSE of 16.4. It was found that Methoxychlor had a mass fraction of almost 70% in the water column and almost 30% of mass fraction in the sediment. In contrast, endosulfan–sulfate had highest most fraction in the water column (>99%) and just a negligible percentage in the sediment compartment. α-HCH also had the same situation like endosulfan–sulfate (e.g., 99% and 1% in water and sediment, respectively). Finally, it was concluded that the application of QWASI in combination with data from the passive sampling measurement technique allowed an improved insight to the fate processes of the studied OCPs and helped actual concentration estimates. Therefore, the results of this study can also be used to perform risk assessment and investigate the environmental exposure of other pesticide residues and chemicals.

Due to the COVID-19 crisis the PhD defence of Yasser Abbasi will take place online (until further notice).