Our new Campus Magazine is out!
Read it online
Over the years, you and your colleagues have been working hard to provide the best possible education. For that, we received great recognition in the newest edition of the Keuzegids.
Find out more
The newest Keuzegids hails your university as Best Technical University and awards the Top rated programme title to six study programmes.
Find out more
We are proud of our great score in the Keuzegids Universiteiten, in which we received the title Best Technical University in the Netherlands!
Find out more
For the fourth time in a row, we have been named Most entrepreneurial university in the Netherlands!
Find out more
Previous eventNext event

Vestine Uwiringiyimana is a PhD student in the research group Space for Global Development. Her supervisor is prof.dr.ir. A. Veldkamp from the Faculty of Geo-Information Science and Earth Observation. 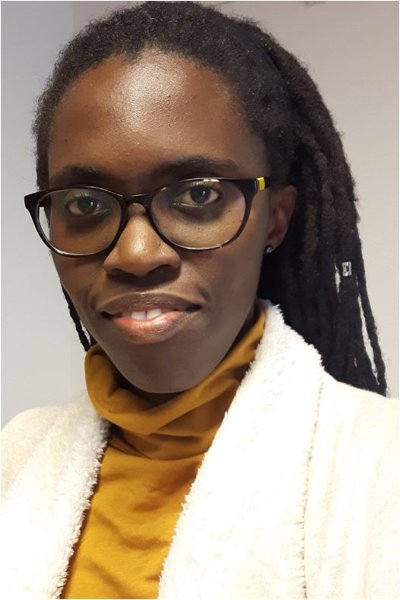 Stunting or impaired linear growth is still a significant public health problem in most developing countries. Stunting occurs when a child is not growing in length or height in accordance with his or her potential. Globally, 22% of children less than five years are stunted. In Africa, the East-Africa and the Middle Africa regions have the highest stunting levels, of 36.7% and 32.5% respectively. Rwanda particularly faces unacceptable levels of stunting with 38% of children less than five years stunted. According to the thresholds of stunting in a population set by the World Health Organization, a prevalence of more than 30% is considered very high. Stunting is a significant problem affecting countries’ economic and social productivity, mainly because of its effects during the first two years of life, are mostly irreversible during adulthood. Stunting affects severely cognitive development, health and adult economic development. Geographically, stunting prevalence varies spatially and temporally on a national and regional scale. The usual reported prevalence on a national or sub-national level overshadows the spatial heterogeneity in stunting that exists at finer geographical scale within countries. Understanding the drivers of the spatial heterogeneity in stunting is paramount to set targeted interventions and achieve sustainable results. In Rwanda, the spatial heterogeneity in stunting is observed throughout the whole country, with the Northern and Western provinces highly affected compared to other provinces. Although the Rwandan government has implemented different strategies to tackle the problem of chronic malnutrition, in some districts, the high level of stunting and its spatial variation remains unexplained. This dissertation aimed at understanding the drivers of the spatial pattern of stunting in Rwanda by focusing on complementary feeding practices, poor diet quality, mycotoxins exposure and environmental factors. A two-scale level approach was conducted; the first part focused on conducting a local case-study to understand the determinants of stunting by focusing on complementary feeding practices and mycotoxins exposure in the district of Musanze. The second part involved up-scaling the analysis on a national level by applying GIS for spatially mapping and modelling stunting.

The first stage of the research studied the determinants of stunting in the Northern region of Rwanda with particular focus on the complementary feeding practices and dietary zinc intake. The findings showed that stunting was very high (44%) in the region. Most of the children were still breastfed, but their complementary diet was deficient in essential nutrients for growth and development due to a predominantly plant-based diet. The linear regression model showed that the main factors associated with height-for-age in children were age of children, exclusive breastfeeding, deworming tablets use in the previous six months, the caregiver BMI and dietary zinc intake. The logistic regression model showed that with every increase in age by one month, the risk of stunting increased by 20% in the study population. On the contrary, the odds of stunting reduced significantly when the child had received deworming tablets or had been exclusively breastfed. This study was among the few in Rwanda that assessed the dietary intake of children in Rwanda, especially the dietary zinc intake. A dietary diversification strategy of including locally available and affordable animal source foods in the diet of children is recommended to increase the nutrient quality of the children’s diet.

The third stage carried out a spatially disaggregated analysis of stunting determinants by taking into account not only socio-economic factors but also biophysical factors and a proxy measure of mycotoxins exposure. Child and maternal factors that emerged as predictors of stunting were age, being male, birthweight, height of mothers and secondary education or higher. The examination of biophysical factors revealed that the elevation of a household cluster was negatively associated with height-for-age of children, implying the influence of remoteness on the health and nutrition of children. The elevation factor can influence accessibility to foods and health care services, which in turn are known to influence child growth. Because of the lack of spatially detailed data on mycotoxins in Rwanda, a proxy measure of mycotoxins exposure was used by considering households clusters served by rural markets located at the end of the food supply chain as having a high risk of exposure to mycotoxins. This proxy measure was found to be associated with height-for-age, for household clusters served by a rural market within a 10 Km radius. Our result call for more research on the extent of mycotoxins contamination along the food supply chain in Rwanda and the impact of the exposure to aflatoxins on stunting in children.

The fourth stage of this research focused on modelling the spatial pattern of stunting in Rwanda using a Bayesian geostatistical model. The risk factors of stunting were studied by considering stunting spatial dependency. Also, spatial residuals were predicted to identify the risk of stunting, not accounted for by child-related covariates previously included in the model. In the spatial model, child age, child sex, birthweight, exclusive breastfeeding and having had diarrhoea in two weeks that preceded the survey, mother BMI, mother education, wealth index, household flooring and access to improved water source were predictors of stunting. The prediction of spatial residual effects of stunting showed a spatially explicit pattern of unexplained high and low risk of stunting in Rwanda, especially the Western region. Interventions to reduce stunting should be geographically targeted by taking into account the spatial heterogeneity in stunting prevalence across the country. The pattern of the spatial residuals corresponded to the proxy factor of exposure to mycotoxins and elevation. Thus, further studies are needed to look into the unknown spatially explicit factors that are correlated with the sustained high risk of stunting.

Overall, this research has confirmed that the complementary diet of children in Musanze district is poor in essential nutrients, especially micronutrients such as zinc. Also, complementary feeding practices determine stunting in the same district. The research confirmed that aflatoxins exposure in children is associated with stunting. On a national level, below the usual reported district prevalence, stunting spatial pattern in Rwanda is still very heterogeneous. Mycotoxins exposure through the food supply chain was associated with stunting. Finally, considering the spatial dependency in stunting spatial pattern showed the risk factors of stunting and the unexplained spatially explicit pattern of the risk of stunting.

Vestine Uwiringiyimana is a PhD student in the research group Space for Global Development. Her supervisor is prof.dr.ir. A. Veldkamp from the Faculty of Geo-Information Science and Earth Observation.