In recognition of their outstanding contribution to the aims of the Institute by promoting its scientific aims and by supporting or participating in related institutes in developing countries:

Appointed Fellow on 28 September 2000 because of his important contribution, as former chairman of the foundation board ITC, to ITC’s position in the international scientific world. 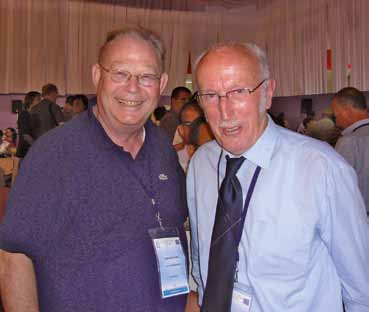 Professor Hans van Ginkel, former chair of the ITC Board and Honorary Fellow (2000) together with Professor Herman Verstappen (right)