The Netherlands wants to see closer collaboration between high-tech companies and civil society organisations to tackle food shortages in developing countries. Foreign trade and development minister Lilianne Ploumen expressed that hope last week at the climate summit in Marrakech. In total the minister is making an extra 20 million euros available for the Geodata for Agriculture and Water (G4AW) programme, in which ITC participates prominently.

The programme, which is being administered by the Netherlands Space Office, is helping smallholders produce more food, more efficiently and equip themselves to cope with the impact of climate change with the help of technology and satellite data. ‘The demand for good, nutritious food will increase in many developing countries over the next few years, at a time when many smallholders are already finding it harder and harder to produce enough,’ the minister said. ‘They face problems like drought, rising temperatures and flooding, for example. By using smart technologies based on satellite data, we can help them produce more food, more efficiently, at lower cost.’

Under the G4AW programme banks, insurance companies, telecom firms, seed producers and other input suppliers, NGOs and satellite data companies are working together to support smallholders and cattle farmers in developing countries. There are currently 17 consortia working in 10 countries, with over 80 partners, 30 of which are Dutch businesses. In Mali, for example, an information service is being set up for 75,000 nomadic cattle farmers who will be updated via their mobile phones about the availability and quality of feed and drinking water, market prices and how many cattle are already in certain areas. They will then know where they can best let their cattle graze, and where they can best sell their produce.

In Ethiopia a consortium made up of financial institutions, the ITC Faculty of the University of Twente and the Ethiopian national meteorological agency is providing insurance against climate risks, such as unexpected drought, for millions of smallholders. The GIACIS project leads to better data to allow more accurate risk estimates to be made, keeping premiums affordable. According to Ms Ploumen, ‘The programme will support at least 3 million smaller food producers over the coming years, and probably more, as technology becomes more sophisticated and more affordable.’

The minister explained that the collaboration in the G4AW programme is a fine example of the role business can play in tackling climate change, a role the Netherlands has been highlighting at the conference in Marrakech. ‘Climate change is not just a matter for world leaders and governments,’ she said. ‘We will only achieve the Paris targets if companies also take steps to reduce greenhouse gas emissions and energy consumption, and find smart solutions to problems caused by climate change.’

Ms Ploumen is accompanied by a delegation of Dutch companies that will present their climate-friendly solutions in Marrakech. ‘The great thing is that companies really don’t have to do this out of the goodness of their hearts: there’s also a very attractive business case,’ she pointed out. For example, a 2015 report by the Global Commission on the Economy and Climate concluded that by investing in greater energy efficiency the global economy could grow by 18 trillion dollars by 2035. The report also concluded that the market for low-carbon products and services is currently worth 5.5 billion dollars, and is growing by 3% a year. 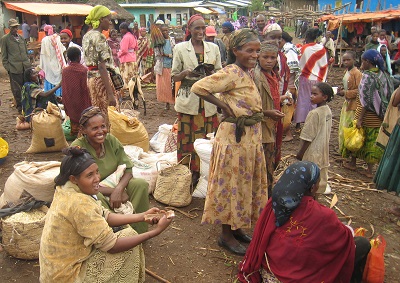