We are proud to inform that once again an ITC alumnus has been appointed as Executive Director of the Regional Centre for Training in Aerospace Surveys (RECTAS). Dr Adewale Akingbade graduated from faculty ITC (University of Twente) in 2012 and was formally the head of the Department of Cartography at RECTAS. Dr Akingbade  is now appointed Executive Director of the Centre.

Dr. Akingbade started his ITC career in 1994 where he participated in the Professional Master in Cartography. Some years later he returned to the faculty to pursue his Master of Science in Geo-Information Management (2005), after which he completed a PhD research (2012). His thesis was entitled E-land administration in the context of e-governance in Africa : an evaluation of Nigeria's Abuja geographic information sytems (AGIS) within the research theme People, Land and Urban Systems (PLUS) of the Department of Urban and Regional Planning and Geo-Information Management.

RECTAS was established in 1972 under the auspices of the United Nations Economic Commission for Africa (UNECA) as an educational “one-stop” solution institution that trains highly skilled manpower in the science and technology of geospatial information. Since 1991 four ITC alumni have had the honour to be executive director at this centre consecutively. Alumni who preceded Dr Akingbade are Mr Julius Ogunlami (1991-2000), Dr Olajide Kufoniyi (2000-2008) and Dr Isi Ikhuoria (2008-2015). 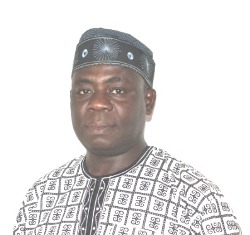