Mr. Salman Gonzales is an ITC alumnus (Graduated in 1975) and acknowledged ITC in his speech. He brought modern mapping tools to Mexico. Mr. Salman Gonzales also purchased a nursery and led a movement that has planted millions of trees in that country. After working for the Mexican government, he opened his own mapping company, which today is the largest mapping company in South America. 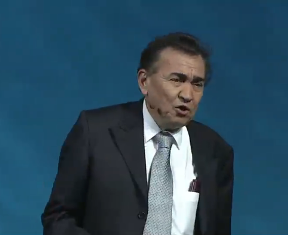 http://www.esri.com/events/user-conference/index.html
(third video from the top)