“The fact is that I always wanted to work with geo-information. During my secondary school years in Canada, I was already doing research around the North Pole in northern Canada during my summer holidays. I studied the effect of ice on the coastal environment.”
It was during his secondary school years that Olaf Niemann, who is Canadian, was told by a fellow schoolmate that she had studied at the ITC. She had studied Geomorphology. He knew immediately: “That's what I want to do”. 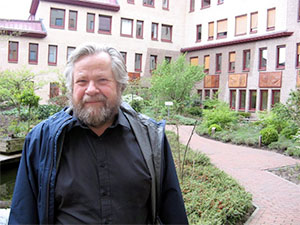